Just a small update as over these fews week I have gone over some ideas and planning. I decided to grab some records from my parents collection that were reggae or ska based and ended up listening to a few albums. These were I Just Cant Stop it by The Beat, Outlandos d’Amour and Reggatta de Blanc by The Police. Plus the odd Bob Marley single. I feel that with refreshing myself with these albums I’ve now got a bit of an idea what to add to my project. As noted when I had sent the rough edit of the song to Fatma, there was a lot of timing issues between instruments. Starting with the bass have slowly been fixing these issues with flexing along to a click however have found this extremely time consuming. Though quantising does work moving the audio into the grid, It does move it the closest devision that can cause notes to be out of place. To counter this I went through the bass tracks bar by bar correcting the placement of notes (these still grouped so any flexing and editing was applied to all tracks). 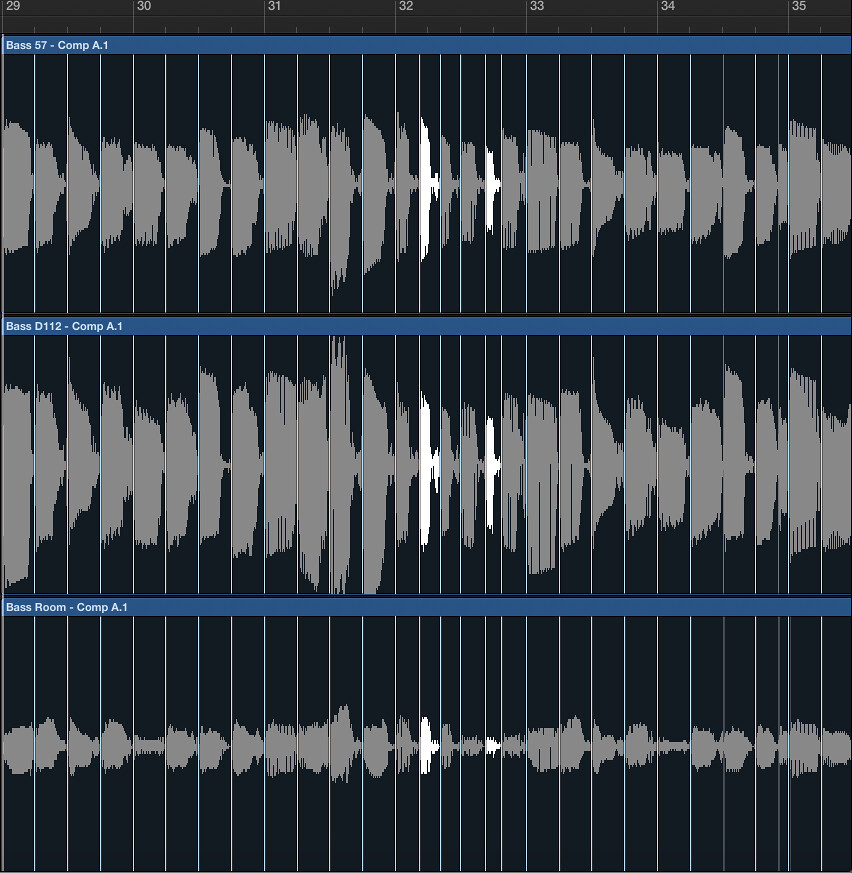 I found if I had any issues with tracks being out of time I would go back to a bar that was correct and note down the timing, this I could replicate where incorrect. It was also getting late and I was half way through the bass tracks, I decided now that I was making larger changing to the project that I would start using the alternatives. The note pad in Logic Pro was handy as I could write down what I had done to each alternative. This also was good if I wanted to try something different and keep the current save state.