We followed up our recording session by sitting down with Lee to go over a few basic concepts we could use  to clean up the content within our project.

Apon opening the project one of the first things I did was set the groups throughout each channel as when it came to editing the audio you could make changes to one track and it would do the same to the other tracks within the selected group simultaneously. You have to make sure that the group setting are changed to remove the volume and automation selections and add Editing with phased locked audio. This then made it less time consuming as when you do select the take you wanted the rest of the microphone tracks would be alter in the same manner. 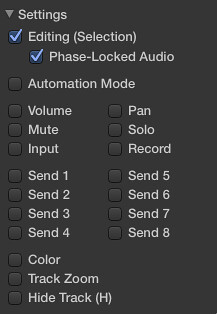 Once this was set up I proceeded to go through the project by instrumentation comping the multiple takes into one ‘best’ take. As shown in the image below of the drum multitrack, simply by dragging the the parts you want in each take would compile them together. When I did this I tried to make sure every movement between takes was done at a point of no displacement. I achieved this by zooming into the sound wave on a take so I could see this in greater detail though this was slightly more tricker on the bass and guitar where  notes / chords merge into each other. 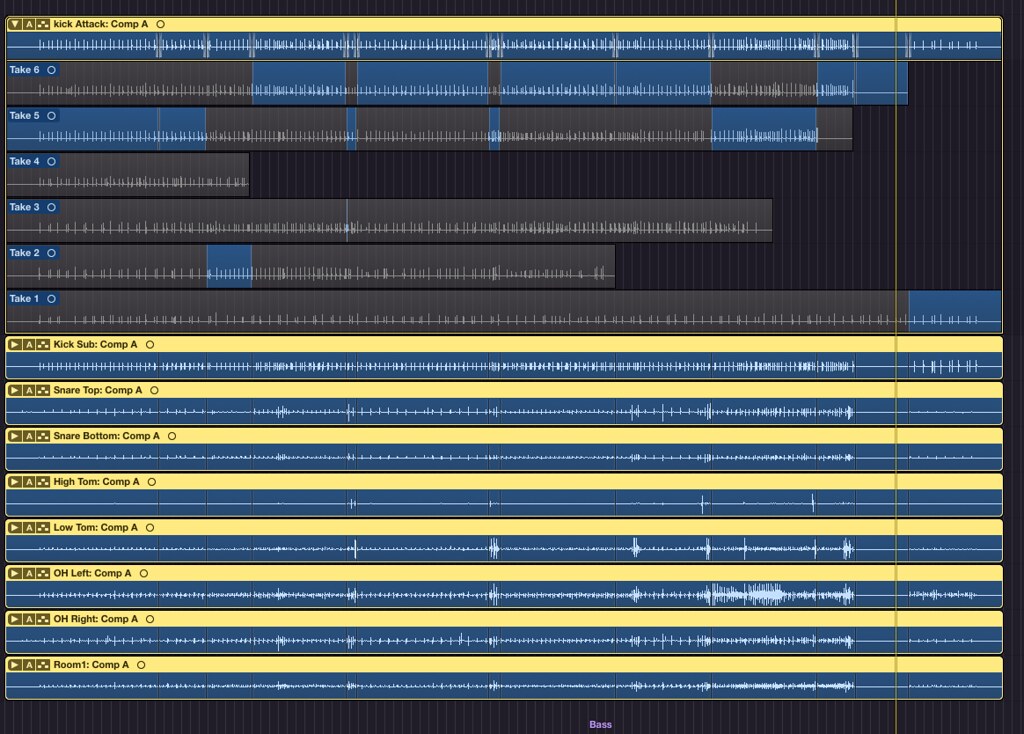 One issue I did find was that the last chorus of the bass was slightly messy and there wasn’t another take to compile with. The way I got around this was with the use of the marque tool to highlight the previous chorus and insert in the place of the ‘messy’ chorus. Markers that were set while recording this made it easy to know where to set the copied chorus into the timeline.

Overall this started to clean up the project to get more of a clean recording as the obvious mistakes started to ‘disappear’ by using the other takes that had be done on the recording day. I also did the same with the other groups project as this could be handy if I wanted to use parts of their project with mine.

Im starting to have an idea of what I’m going to come out with at the end of this project and am feeling that I may cut this project up a bit and use some effects to achieve a reggae type of song!